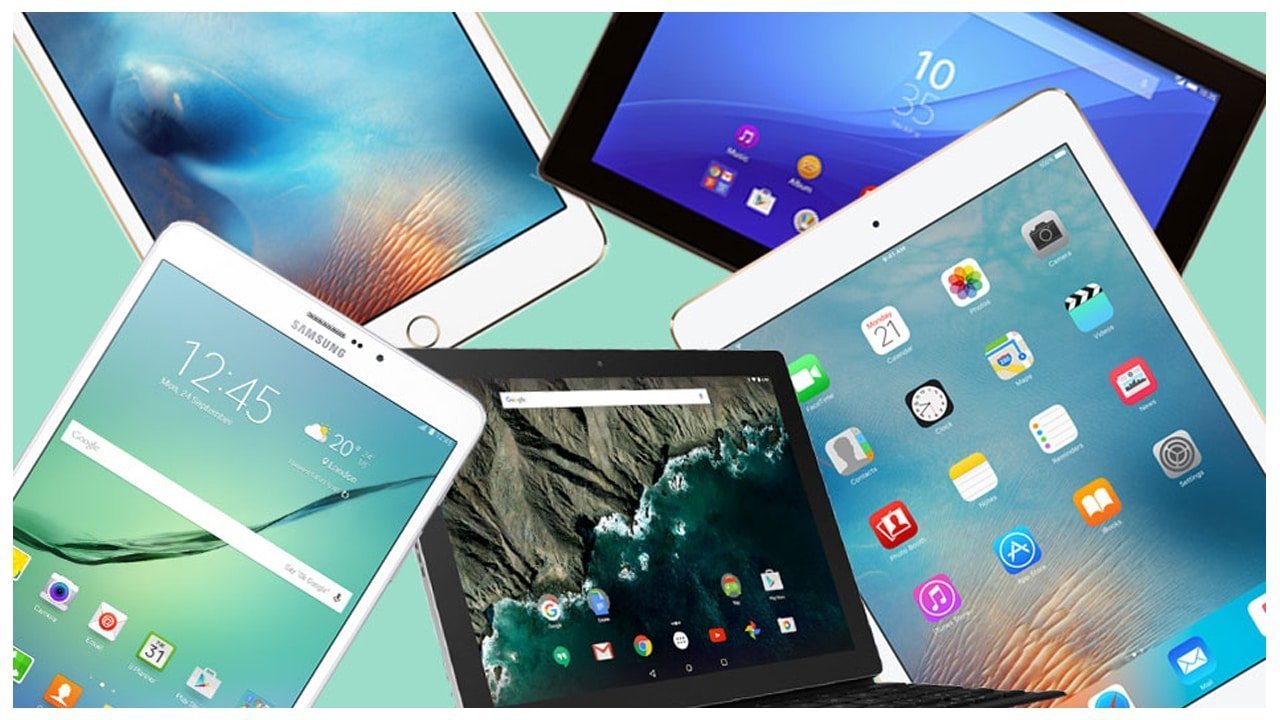 If you are in the market for a tablet, you have plenty of choice. There are a number of smart devices with a wide range of features and prices. This top 10 list should make your choice easier. These devices made it to our list of best tablets due to a combination of features that makes computing on the go a lot easier. With some of them, you could actually leave your laptop at home. We arrived at this list after considering many factors including display, quality, battery life and performance.

Weighing just over 400 g and with a screen size of 9.7 inches, the iPad Pro 9.7 tops our list if best tablets. It’s a great tablet powered by A9X CPU and iOS 10. The 2 GB RAM is less than what the larger iPad Pro offers, but it comes with both pencil and keyboard support. The Pro 9.7 comes with three storage sizes of 32, 128 and 256 GB. It has a 12 MP rear camera and 5 MP front camera. The four inbuilt speakers offer great sound quality and the tablet packs a lot of power in its small size. It is an optimum combination of power and portability. Like most top-end Apple products, nothing comes cheap, be it the tablet or its accessories.

If you are an Android fan, one of the best tablets for you is the Google Pixel C. At 517 g, it’s a bit heavier than the iPad Pro 9.7, but it has a larger, 10.2 inch screen. It runs on Android Marshmallow and the Tegra X1 processor powers the device nicely. You can also upgrade it to Android Naugat.

The Pixel C has 3 GB RAM and until recently, came in two variants of 32 and 64 GB storage. The 32 GB version has been discontinued and is no longer available on the Google Store, but some retailers may still have it. It has a rear camera of 8 MP and a 2 MP front camera. It pairs well with other Pixel devices.

The battery lasts up to 10 hours. All in all, it’s fantastic combination of great design, clear display and raw computing power. It may not be a laptop replacement, but the list of optional accessories includes a great keyboard.

The gaming options on Android are rather limited, but if you want to play games on your Android tablet, then go for the Nvidia Shield K1. It weighs just over 350 g, has a compact 8-inch screen and good gaming features. It comes with 2 GB RAM, 16 GB storage, 5200 mAH battery and a game controller. The 5 MP rear camera allows you to take good pictures.

The Shield K1 runs on Android Marshmallow and is powered by a quad-core CPU. It does not come with a charger, but that’s not a big problem because you can use any standard USB wall charger. Although the features are modest, the price tag just below $200 makes it value for money. The list of accessories contains a game pad, but it comes at extra cost. The Shield K1 can stream both Steam games and Nvidia Grid games, allowing you to access a vast library of games in addition to Android games. If you are a gamer, this is one of the best tablets to go for.

If you want a tab that can stand up to the iPad, the Samsung Galaxy Tab S2 is the right choice. It comes with two screen sizes, 8 and 9.7 inches. The weight of the tablet is 256 g or 389 g depending on the version. It is powered by an octa-core processor and runs Android Marshmallow. You get 3 GB of RAM and you have a choice of 32 or 64 GB storage. The memory is expandable, which is a rare feature in tablets. Depending on the version you have a 4000 mAh or 5870 mAh battery. While the battery life is good, it could have been better.

The Tab S2 sports a thin, light design and an improved interface. Its speed and responsiveness is comparable to the best tablets in the market. It is indeed one of the best Android tablets currently available. The S2 is super thin and the other bright spot about it is its super AMOLED display, which produces bright, crystal clear images. You can read or surf for hours without eyestrain. You get an 8 MB rear camera and the 2.1 MP front camera is good enough for video calls. Having been in the market for some time now, this tablet is now available for a significantly lower price compared to its initial days in the market.

Like all Apple devices, the iPad Mini 4 has a brilliant display producing rich and clear images. It has a finger scanner, but does not have 3D touch. In its size category, the iPad Mini 4 is probably one of the best tablets around. It’s the ideal choice if you don’t want to carry one of the larger iPads or MacBooks. The 5124 mAh battery that gives you several hours of usage and the light-weight construction makes the IPad Mini 4 a very portable tablet.

If you want a high-performance tablet on a budget, the Asus ZenPad 3S 10 is a good choice. With a 9.7-inch screen, it looks and feels very much like the iPad except that it runs Android Marshmallow instead of iOS. The ZenPad 3S weighs 430 g and is powered by a Mediatek MT8776 processor. It has 4 GB RAM and comes with 32 or 64 GB storage. The ZenPad 3S has an 8 MP rear and 5 MP front camera.

The ZenPad 3S has a good display. The battery lasts for about 10 hours, which is fine, but could have been better. The other weak point is the build quality, which is not as sturdy as some of the other best tablets. However, it offers excellent lag-free performance. For the low price, it’s definitely value for money.

The Microsoft Surface Pro 4 is one of the best tablets if you want a tablet to replace your Windows laptop. It sports a large 12.3 inch display and runs Windows 10 Pro. You have a choice of configurations. For processor, you get variations starting from the Intel Core M3 processor. You have the option of 4, 8 or 16 GB RAM. The 128 GB storage will be enough to keep all your important files. The Surface Pro 4 comes with a rear camera of 8 MP and a front camera of 5 MP. The battery lasts for about 9 hours, but this depends on the type of usage.

The Surface Pro comes with a built-in kickstand to which you can also dock an optional keyboard. This is perfect to convert any stable surface into a work-desk. Although the tablet is on the heavier side and weighs over 750 g, it’s much lighter than most comparable laptops. The sharp, high-resolution screen offers great clarity and color and is perfect for long hours of use.

Like all iPads, the iPad Pro comes with a high price tag, but you also get premium features like great build quality, excellent display and fantastic speakers. The iPad Pro is probably the tablet that can give you an experience similar to your Mac laptop, if that is what you are looking for. The tablet has the power to effortlessly multitask and the large display makes it comfortable to use.

If you are an avid gamer and own a PS4 or PS4 Pro, you will probably want to buy the Sony Xperia Z4. The Z4 is a light, fast and waterproof gaming tablet. It is powered by a Snapdragon 810 processor and the 3 GB RAM ensures adequate performance. The tablet features a 10.1-inch display that gives great picture quality. It is waterproof, weighs just 389 g and comes with a 6000 mAh battery. The Z4 has an 8.1 MP front and a 5.1 MP rear camera and you get 32 GB of storage.
The Z4 includes a keyboard dock that also doubles as a stand. It runs Android Marshmallow with a custom Sony UI. The UI is not very intuitive and needs getting used to. The best part of the Z4 is its ability to stream games from your Sony game console directly to the tablet. This sets you free and you can carry your games to any corner of your house. For a gamer, it’s one of the best tablets available, but it does not come cheap.

If you want true stock Android experience, consider the Nexus 9. Although it’s no longer available on the Google store, you can buy it from retailers at a price that is far below what it was initially launched at. It comes with Android Marshmallow, but you can upgrade it to Nougat. Overall, it is a great value for money at the current low prices.

Weighing about 425 g and sporting an 8.9-inch screen, the Nexus 9 is a compact light-weight tablet. It is powered by a dual-core 2.3 GHz CPU and comes with 2 GB RAM and 16 or 32 GB storage. The 6700 mAh battery is good enough, but the display could have been better. The Nexus 9 comes with an 8 MP rear and 1.6 MP front camera. With stock Android, the configuration offers good performance comparable to the best tablets in the market.

There you have it, the 10 best tablets of 2016 that are still worth buying. Each one of these high-end devices has some unique advantages. Irrespective of what you are planning to use it for, it should be easy to find one that suits your needs. 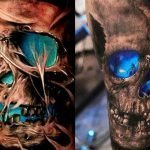 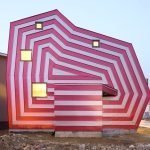