Microsoft’s Surface Dock Station is a useful piece of hardware that can be of great use to different professionals. It’s high time that Microsoft develops a new update and releases the new version of this ageing device sooner than later. It has become the need of the hour for better performance and to be in tune with the latest technological advances.

Why there is an urgent need for a new version of the Surface Dock?

The present version of the Surface Docking was released more than 2 years ago. Yes, the Dock works great and gets the job done for most professionals. For most professionals who want to use their Surface PCs to power a desktop workstation or if you need some extra ports, the Dock lacks in a few points and it is more apparent now with the advent of new technology, surface hardware and the cost of 4k display technology coming down.

The following are some reasons why Microsoft needs to release a new version of the Surface Dock and a few changes that users would love to see in it if at all it is done.

Surface Docking Station may not keep the Surface Book 2 Charged

The present Surface Dock has these ports: two mini display ports, one Gigabit Ethernet port, four USB 3.0 ports and a 3.5mm audio-out port. These ports were acceptable two years ago, but now these are not sufficient. The Dock doesn’t have a HDMI port, USB-C, which means the Dock doesn’t support Thunderbolt 3 all of which are standard these days.
For most Surface users these omissions are not an issue, but with the release of the new Surface Book 2, these omissions seem to look like a big glaring mistake. As Microsoft updates and releases new Surface products these omissions seem obvious and regrettable, which can disappoint a lot of users.
The new Surface Dock needs to have these ports and has to be future ready keeping in mind the technological changes happening rather fast. The release needs to be sooner than later before it becomes a major issue for the Surface users.

What about the 4K displays?

According to Microsoft the Surface Dock has two high-definition video ports, but the company has stayed away from the term 4K and the reason for this is not known. Ideally, you can connect and use two 4K displays along with your PC through the Surface Dock, but the result is far from perfect. The current surface devices and not just the dock, but the PCs themselves support 30 frames per second refresh rates for two displays at true 4k or a minimum of 3,840×2, 160 pixels according to Microsoft. That’s not the required experience people would expect after paying for the two 4K displays and who love watching 4K content on them, expect, which would require a refresh rate of at least 60 FPS. The new Surface PCs can power one 4K display at 60FPS.
Right now there is no major issue, but once Microsoft updates at least some or all of the Surface hardware to support the true 4K on two or more displays, the Surface Dock will have to catch up.

For the majority of Surface users, the present Surface Dock is doing the job well, though it may not be a perfect docking solution. To be fair, the present dock is reliable, portable and easy to use and serves the purpose. This is not enough though, as it was released two years ago and in the tech world that’s a whole lifetime. Some minor issues that can be ignored include the size of the Dock and the aesthetics that doesn’t go well with the Surface PCs.
Microsoft needs to release the new version of the Surface Dock sooner than later to iron out all the above difficulties those are faced by the users and to keep up with the latest technology. 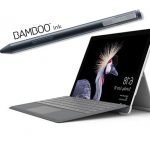 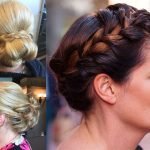